After he had a diploma in electronics at the University of Okayama, Yū Suzuki joined Sega in 1983 as a programmer and producer.

He is a precursor in several video games types such as Space Harrier, Hang-On, Out Run, After Burner, Virtua Fighter and Shenmue. 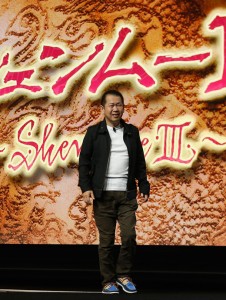 In 2003, Yū Suzuki leaves the Sega-AM2 studio and build his own company: Digitalrex.

The Shenmue saga is his biggest and ambitious project, considerated as unfinished until now.