Born in Ontario Paul Haggis wrote, produced and directed many series such as Walker, Texas Ranger in 1993, or Due South in 1994.

He wrote the script of Million Dollar Baby. The movie is unanimously recognized as a masterpiece and winner of 4 Oscards in 2005. Haggis is nominated for the Oscar of the Best Script. The next year, he triumphed with his movie Crash which won 40 international prizes including 3 Oscars – Best Motion Picture, Best Writing, Original Screenplay and Best Achievement in Film Editing. He is today the only one in the history of the Oscars who wrote two movie scripts which won Best Motion Picture in a row.

He is the scriptwriter of  Il est le scénariste de Letters from Iwo Jima which led him to his third nomination to the Oscar of the Best Original Screenplay. Paul Haggis is also the scriptwriter of Casino Royale and Quantum Of Solace, making the reborn of the James Bond character. He received many prizes including two Emmys and the prize of the Years’ Best Series given by thee TV Critics Association and also six Gemini Awards. 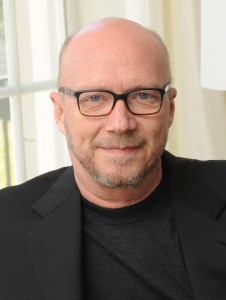