Press attaché for various French and internationals artists in the beginning of his career, his work with Serge Gainsbourg, Alain Bashung, Cat Stevens, Genesis, Peter Gabriel, Roxy Music, Elton John and Bob Marley who he did press relations during 5 years. At the same time, he became a journalist for the Rock & Folk magazine.

Further along, Jacky became a television presenter, well known for his musical shows during the 80’s with titles such as Les enfants du Rock and Platine 45. Then for 10 years (1987-1997) he was a presenter for various shows of Club Dorothée on TF1.

Today he’s a presenter in numerous show for IDF1

He’s back to be a conductor at MAGIC once more, and he will do us the honor of being present at our press conference in Paris on the 31st January, during which we will announce some new guests! 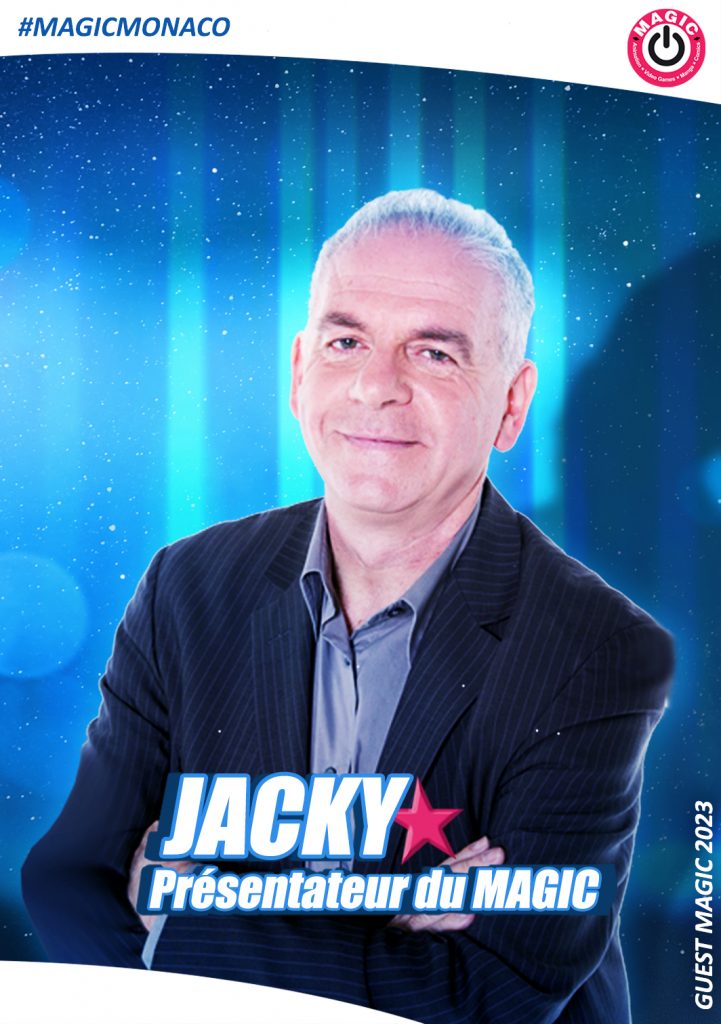 MAGIC is finally back on February 25 and 26, 2023 after 3 years of absence caused by the global Covid 19 pandemic.