We are happy and proud to announce that Vinhnyu’s Hyper Shiritori manga, the winner of MAGIC 2017 Manga Contest, is on Shônen Jump +!

The Witcher in the City of Dhafer, runner-up in the contest, will be available in early April. We will, of course, keep  you informed! 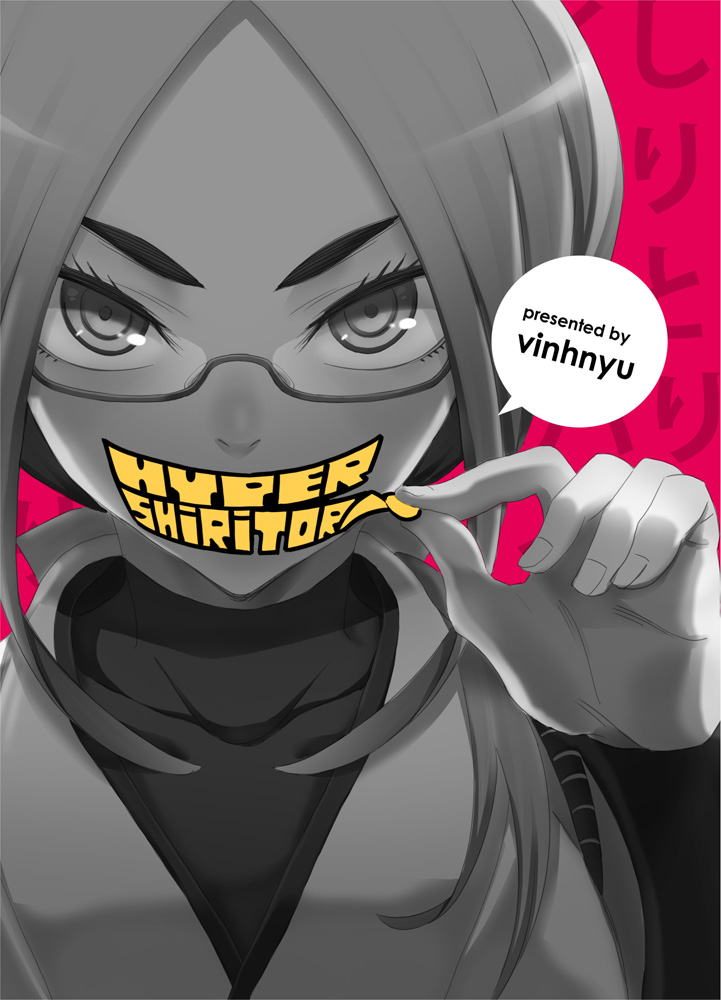 That’s what we wanted to say for the third annual Monaco Anime Game Conferences which took place on February 18th at the Grimaldi Forum in Monaco. MAGIC 2017 was a great success. We welcomed 3000 visitors even though it was originally restricted to 2000. In the future we would like to exceed this number as we want the experience to be special and satisfactory for each one of you.

Shibuya Productions would like to thank warmly all the visitors, fans,  guests, partners, exhibitors and volonteers.

MAGIC is the result of all of you without exception. This image is made from the photos of all of you and is the perfect representation of the event.

We would like to see you again in the upcoming 2018 event, which is already in the making.

See you soon for new adventures!

On February 18th 2017 an exclusive videogame creation contest was held as part of the Monaco Anime Game International Conferences event. 40+ projects were submitted, 5 of them were selected and 1 of them became the ultimate winner.

Congratulations to MAGIC 2017’s videogame creation contest winner – Fresco, who won the €100,000 investment prize offered by Shibuya Productions and awarded by our panel of judges including Michel Ancel, David Hart and Giancarlo A. Mori.

Fresco will also receive free promotion for his project through a fundraising campaign and tailored guidance through our partnership with crowdfunding site KissKissBankBank.

This effort reflects Shibuya Productions’ will to support and assist emerging talents.

Fresco is a first-person exploration/puzzle game, with a unique gameplay system. Here’s the synopsis: “You wake up alone in a world where life has disappeared. You soon find paintings that you can interact with. As you have a closer look at those pictures, you realise they look quite similar to your environment. Use them to your advantage by placing them on strategic locations so you can make your way through this strange world. You need to analyse your environment, understand what the paintings stand for and find out how to apply them to the world.”

Congratulations to the winner Yannick Gerometta! 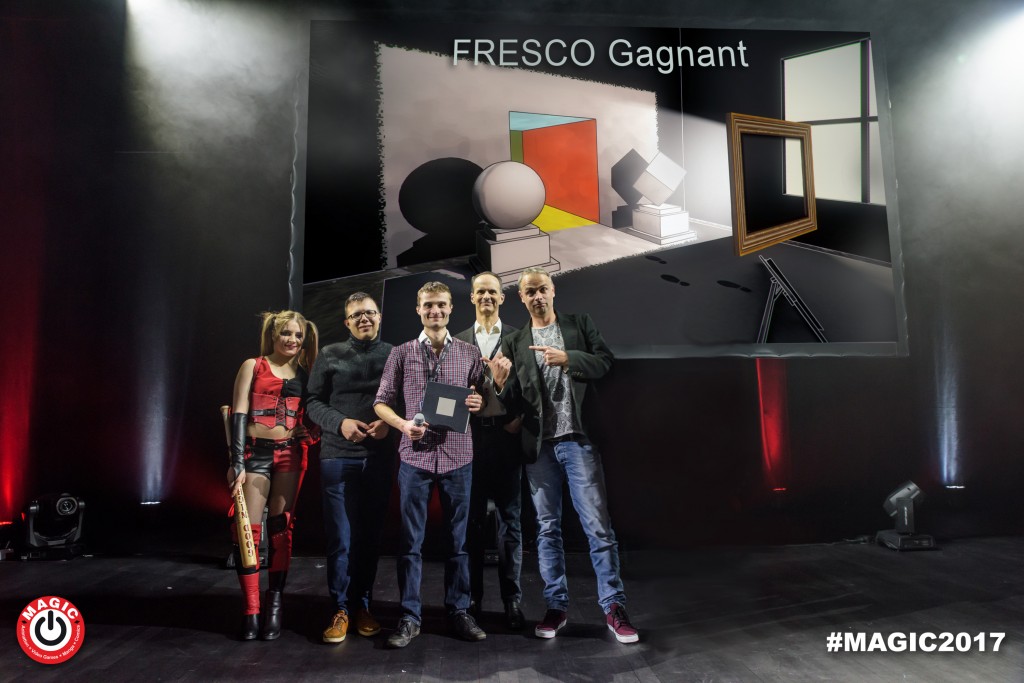 MAGIC, in partnership with Delitoon, is happy to announce a meet & greet session with the authors of DOKGO, the Korean webtoon with 6 million readers!

The exclusive conference with MEEN (Oh Young Seok) and Seung Hun Baek will take place on February 18th at 4:30pm in the Van Dongen 2 room.

Meet the authors of DOKGO, the Korean webtoon with 6 million readers, and then attend the  live drawing session.

MEEN (Oh Young Seok)
Oh Young-Seok made his name known by publishing online novels at the end of 90s. In 2001, he wrote his first comic storylines. He is better known as “MEEN” (author name). In 2011, he was awarded for the quality of his storylines by KOCCA and started writing for films.

Seung Hun Baek
Former student at the CKCI  (Chungkang College of Cultural Industries), he started his carreer as a designer with Chongsu in 2009. Since his meeting with MEEN he has been building a whole world around the hugely successful Dokgo and Tong.

Here are the projects selected for the grand finale of #MAGIC2017!

Nobuhiro Watsuki (Kenshin) and the  Shueisha team participated in selecting the candidates and so their comments will be sent to the participants. The teams at Shibuya Productions and Shibuya International also took part in the vote.

Even though there were supposed to be 5 finalists, the jury announced 6 as the competition was so good this year!

The winner, who will be announced on February 18, will leave with the assurance of a publication in Shonen Jump Plus, a one month trip to Japan offered by Shibuya Productions to meet mangakas as well as a tanto from Shueisha. 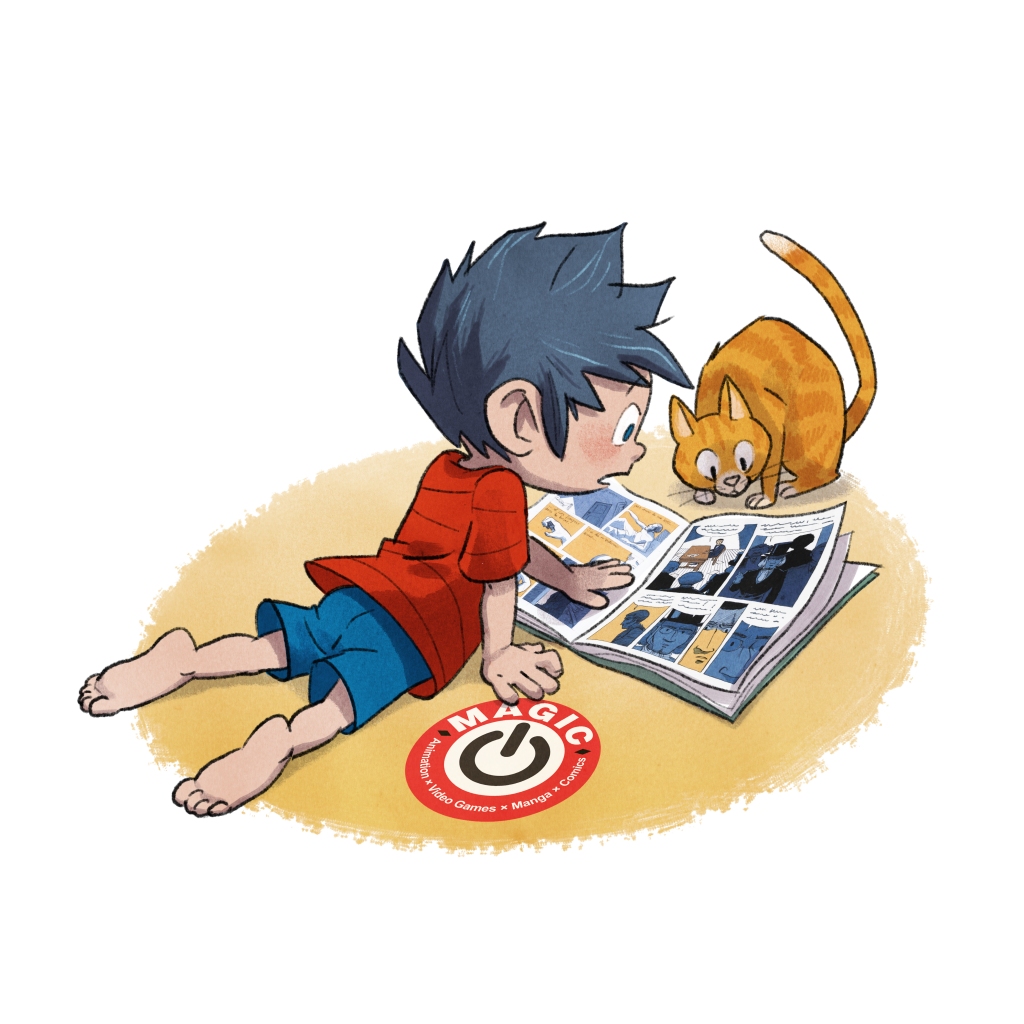 What an honor for Shibuya Productions to celebrate the seventh anniversary of our event the Monaco Anime Game International Conferences (MAGIC) on February 26 and 27, 2022.