As always during the MAGIC, Shibuya Productions present the company’s futur projects through the traditionnal “Crazy Time”.

This year Cédric Biscay announced, in the presence of Michel Lafon himself, the creation of a label Michel Lafon x Shibuya Productions. This partnership will allow, among other things, to publish th Manga contest’s winners in France. More informations about futur projects are coming !

This school propose a Bachelor, with a progressive speciality during the second and the third year, then a Master specialized in the field chosen by the student.

It includes an international dimension with an opening of two sites in San Francisco & Tokyo. It also seek to give to its students a technic and artistic training enrich with versatility to respond to the needs of image and creation industry. 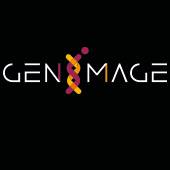 Another partnership, ths time with WCS (World Cosplay Summit), will allow the MICM’s (MAGIC International Copslay Masters) winner to be a special guest (without competiting) at the WCS, and to the WCS’s winner to be invited to the MAGIC and join the MICM competition.

Cédric Biscay & Yu Suzuki, who was at the MAGIC, presented exclusively the Shenmue III’s trailer, here’s one exclusive picture of this trailer.

Finally, the most incredible announce of this Crazy Time is about MAGIC, which will be in Kyoto soon! More informations about this coming soon! You can watch the video of this anouncement by the governor and the mayor of Kyoto HERE!