Treatment Of Rheumatoid Arthritis With Methotrexate And Hydroxychloroquine 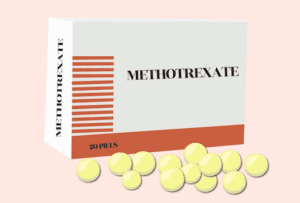