MAGIC is happy to offer to its visitors an Exhibition area including several partners.

Special MAGIC 5th anniversary:
William Simpson, the lead storyboarder of the TV series Game of Thrones TV will be in live drawing session during the whole day! 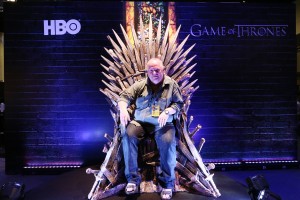 Activbody, official partner and an American company specialized in fitness and health technologies

MAGIC Lab, reading, drawing and animations for children and teenagers

The Art of Anime, exhibition relating the history of the Japanese cartoon

Wacom, one of the largest producers of graphics tablets